Here’s what I learned from Barry O'Reilly about unlearning - intentionally letting go of past successful approaches. Barry shares an inspiring curiousity and a constant pursuit of better ways of working. These are the questions that Barry O’Reilly, founder of ExecCamp and author of Lean Enterprise and the brand-new book, Unlearn, asks all of his clients. These CEOs and product and tech leaders choose Barry to help them learn to compete in the increasingly disrupted and competitive marketplace that has arisen with the advances in technology.

I had the pleasure of chatting with Barry recently. During our conversation, I felt inspired by Barry’s curiosity, his constant pursuit of better ways of working, and the reinvigoration he described feeling upon critically looking at his own approaches. Here’s what I learned from him about unlearning.

We’re creatures of habit. And we also get anchored to, ‘This is the way I did it, and I was successful, so I’ll always continue to do it that way and be successful.’ That actually limits our ability a lot of the time.

Barry started a career as a software engineer in the gaming industry. His first job was with a startup in Scotland that dove deep into mobile game development. The startup exploded, and they started working with companies like Sony, Disney, and Sega.

Unfortunately, the big-name clients were only a small part of what the startup needed. As Barry says, “Suddenly, it was like we had all these crazy businesses calling us up, but we had no idea how to run a company. Eventually, that sort of fell apart for us.” He left this role and continued to research and test methods of building products and services.

As Barry tried new practices with other startups and companies, he began to realize that the methods he used successfully with one project wouldn’t work with another. Barry says, “We’re creatures of habit. And we also get anchored to, ‘This is the way I did it, and I was successful, so I’ll always continue to do it that way and be successful.’ That actually limits our ability a lot of the time.”

This concept might seem simple on the surface, but it could be the solution to the widespread stagnation that is happening to some of the top companies in their respective industries. Big-name companies are finding that their tried and true business models are holding them back.

Barry believes that unlearning is the first step in opening a company’s curiosity, allowing them to adapt to the new demands of today’s marketplace. How does he get them to accept and even seek contrary evidence to challenge their mental model? The first step involves making leaders comfortable with being uncomfortable.

Getting Comfortable With the Uncomfortable

Accepting the opportunity to unlearn is the hardest part for CEOs and leaders in general. Barry says, “A lot of what I'm trying to do is shortcut that feedback loop, so people are getting raw, unvarnished, sometimes uncomfortable data. The great leaders sort of recognized that's actually what they really want because then they can start to take action to address it.”

That, Barry says, is where you start to see acceleration, innovation, and better outcomes. Naturally, I was curious to hear how Barry gets them to sign up for that experience in the first place.

It’s not always easy, Barry says. Sometimes he gets people who are ready to dive in, unlearn, and accept that raw, uncomfortable data. But then there are those that aren’t quite as excited to be proven wrong.

Barry is okay with that too. He creates a safe place for these leaders to experience this unlearning moment. Doing this helps his clients become comfortable with the idea of being uncomfortable.

Barry laid out an experiment he did with five executives of a phone manufacturing company that was rolling out a new phone. The company was proud of their new phone and their business model because it had been successful in the past.

Barry gave five of their executives $200 prepaid cards to sign up for their own service in two hours. Only one of the five completed the task.

This task wasn’t intended to mock the four executives who couldn’t complete the task—that’s why only the executives and Barry knew about the experiment. “The whole point was not to make them look silly or make them feel stupid. It was to create a safe environment for them to experience what it's like to be a customer of the processes they're designing and understanding what works and what didn't work.”

“Their strategy,” Barry explained, “is a set of beliefs and assumptions. But until you test those assumptions, you don't actually know how they're operating.”

Some of the executives came back complaining about the employees, while others were frustrated by technology and machines. But as they continued to analyze their experiences, they saw that the problem wasn’t in the individuals, but in the system. The executives began having breakthroughs and experiencing the unlearning phenomenon.

Barry said, “I think when you get people into that space, it becomes a sort of profound moment for a lot of them. I call them unlearning moments. And they have this sort of crisp vision of what's actually happening.”

The Benefits of Staying Curious

This idea of unlearning—of realizing what worked in the past may need to change now—has impacted Barry’s personal experience and reinvigorated his work.

This alone is exciting. There are so many people out there that reach a point and then think, “I feel like I know this, and I'm not excited anymore.” Barry’s research proves they can use that to become excited again. It certainly ignited my own energy and passion for the work that I do.

I’m reinvigorated to go out and unlearn! If you’d like to listen to our entire conversation, be on the lookout for my new podcast, The Product Science Podcast, which will launch early next year.

If you’d like to read more case studies, like the one featuring the five executives from the phone company, be sure to check out his new book Unlearn: Let Go of Past Success to Achieve Extraordinary Results.

Many thanks to Barry O'Reilly for taking the time do this interview! 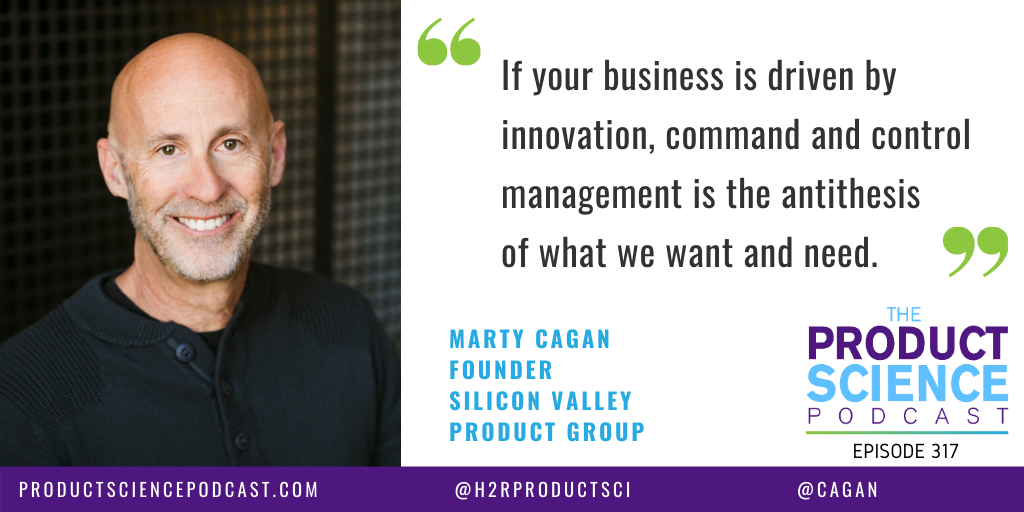